What is an Empath? 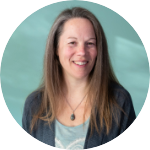 It is estimated that around 3-5% of the population are Empaths (and approximately 15-20% are Highly Sensitive People (HSPs). So what is an Empath? According to Jason Breyer, an Empath can “read and understand other people by resonating with their emotions.” Further, “they are usually hypersensitive, an attribute that enables them to extend beyond themselves into the other soul and capture their inward conditions. This allows them to know exactly what is going on with another person by ‘seeing beyond the superficial and into the true intents of a person.”

Empaths feel everything (clairsentient), and they feel it deeply. They can absorb other people’s energy (both positive and negative) into their bodies. Sometimes it can be difficult to tell if what you’re feeling belongs to you or someone else. Judith Orloff writes that Empaths are more prone to take on the emotional or physical pain from others that they haven’t yet worked out in themselves, further describing the trait by saying:

“The empath’s body is different from other people’s. We feel everything. Our bodies are porous, so we absorb the positive and negative energies (and emotions) around us into our muscles, tissues, and organs. This can affect our health in many important ways. On the positive side, we’re able to sense other people’s vitality, happiness, and love within ourselves. However, we can also feel other people’s physical discomfort, stress, and negative emotions, such as frustration, anger, and fear (even when they’re unspoken). As empaths, we can get tired and sick when we’re around toxic people, noise, violence, and rushing.”

There are many types of Empaths. Here are some of the many unique traits and characteristics of an Empath:

Characteristics and Traits of Empaths. They are:

Susan Forward writes that people find it easy to be around Empaths because they pick up on your vibration and meet you where you are at.

Some of the Challenges Empaths Face:

I would say most people are empathic human beings. Having empathy is not the same as being an Empath. Empathy means that our hearts go out to another person and what they are experiencing (happy or sad).

Stacy Hoch describes yet another form of empathy called ‘Egocentric Empathy.’ This is where we try to give someone what we would want in the same situation, and this is where Codependents can get stuck.

A Neurological Explanation of The Empath Experience

As mentioned previously, often, Empaths struggle to differentiate between their bodily feelings and those of others. There is no membrane that separates Empaths from the world (while most people have their ‘defences up’), says Judith Orloff. She explains the neurological explanation of an Empath’s experience when she says Synesthesia is a neurological condition in which two different senses are paired in the brain. However, ‘mirror-touch synthesis is where people feel the emotions and sensations in their bodies as if the emotions were their own.’

How and Why Does Being an Empath Develop?

We can indeed simply be born this way. I have also read some interesting theories suggesting its development through childhood neglect, abuse or poor parenting :

“Childhood neglect or abuse can also affect sensitivity levels for adults. A portion of empaths I’ve treated have experienced early trauma, such as emotional or physical abuse, or were raised by alcoholic, depressed, or narcissistic parents. This could potentially wear down the usual healthy defences that a child with nurturing parents develops. As a result of their upbringing, these children typically don’t feel “seen” by their families, and they also feel invisible in the greater world that doesn’t value sensitivity. In all cases, however, empaths haven’t learned to defend against stress in the same way others have.”

Secondly, Stacy Hoch refers to it as a necessity for survival when babies or children in difficult circumstances have to respond to the needs of the parent/’empath- ing’ (over their own needs). She says, “someone who does not have to empathize with their parents will be more like oil in energy because they do not have to develop that skill to survive because the parent will meet their needs.

Empaths who struggle to meet their own needs can be very self-destructive and self-sabotaging. We are not supposed to ‘work out other people’s things for them.” For me, this deeply resonates as the root of Codependency.

The Necessity of Having Strong Auric Protection

When Judith Orloff speaks about the “usual healthy defences” being potentially broken down due to difficult situations around them as a child, I believe that she is talking about the aura that protects each and every one of us. Diane Kathrine speaks to this when she says:

“Distortions in the aura can appear from an early age and infant or childhood trauma, and illness can result in a weakened aura. A receded aura is caused by experiencing deep hurt and rejection, feeling unloved or unworthy. It can be a knee-jerk reaction to retract the energy field, like retreating into a shell, as a way to prevent themselves from getting hurt again. When the aura shrinks, it becomes destabilized and prone to damage. A strong aura protects against outside negativity, thoughts, energy and even disease. Through a healthy auric field, you radiate inner power and draw in positivity. Your vibrant energy empowers others and helps raise their frequency.”

Diane Katherine. “How to Heal Leaky Aura Syndrome: A Guide for Empaths”

Pranic Healing can greatly assist with healing and strengthening the aura. More info in “What is Leaky Aura Syndrome?”

Learning to Thrive as an Empath

In conclusion, to thrive as an empath, we must address our wounds and the parts of us that need healing, love and care on an energetic level. As we become whole, it is much easier for us to stop absorbing other people’s emotions and energy to stay balanced and grounded in overstimulating environments and around toxic people and situations.

Pranic Healing has helped me in an immense and invaluable way in regulating my nervous system and deciphering what is my energy, what belongs to me, and what is someone else’s. I believe that learning this “modality” would profoundly benefit all Empaths in navigating this trait! Emotional Freedom Techniques (EFT Tapping) can also assist us in regulating our nervous system and healing the wounds that we store in our energy system.

I would love to assist you in balancing your nervous and energy system and finding inner peace and balance! Feel free to reach out and schedule your free 15-minute call today or email tamara@earth-path.com

Receive by email my latest newsletter/articles

Transforming our Feelings and Emotions

I am passionate about combining our love of Earth with the love and care of ourselves/Spirit selves through honouring and embracing the wisdom of our emotions and feelings.

Emotions and body sensations are our greatest teachers and allies. They are constantly speaking to us, guiding us, and letting us know when we are or are not in harmony with our Spirit/True Selves.

In my experience, healing and growth bring us closer to ourselves and our Spirit and closer to peace, kindness, each other, and our Earth home.

I invite you to BE Curious about what our feelings and thoughts are communicating.

EFT Tapping and Picture tapping help us to understand our inner world, make peace with the difficulties and hear our deepest yearnings.

EFT Tapping helps us gently explore and uncover our inner voice and body’s guidance, wisdom, and direction, the places within us that need & desire to be heard, expressed, and given a voice!

Through a series of pictures, Picture Tapping helps us to resolve an issue by tapping on the images and the title of the picture, not the feelings, emotions and sensations directly. The practitioner does not need to know what the person is tapping on but guides the process through the images and colours to find a resolution.

Pranic Healing is a no-touch energy healing we can also do from a distance. Like our emotions, our energy system through our chakras holds so much wisdom as they are connected to our physical, mental and emotional health.

Our major chakras have corresponding physiological functions, and we can clear the energy and density of what does not serve us, bringing peace and balance.

I HONOUR your feelings, whatever they are. They are valuable and important. Whether it be processing ecological and climate emotions, internal difficulties, or challenges- whatever holds us back from the freedom, purpose and expression of our True Selves!